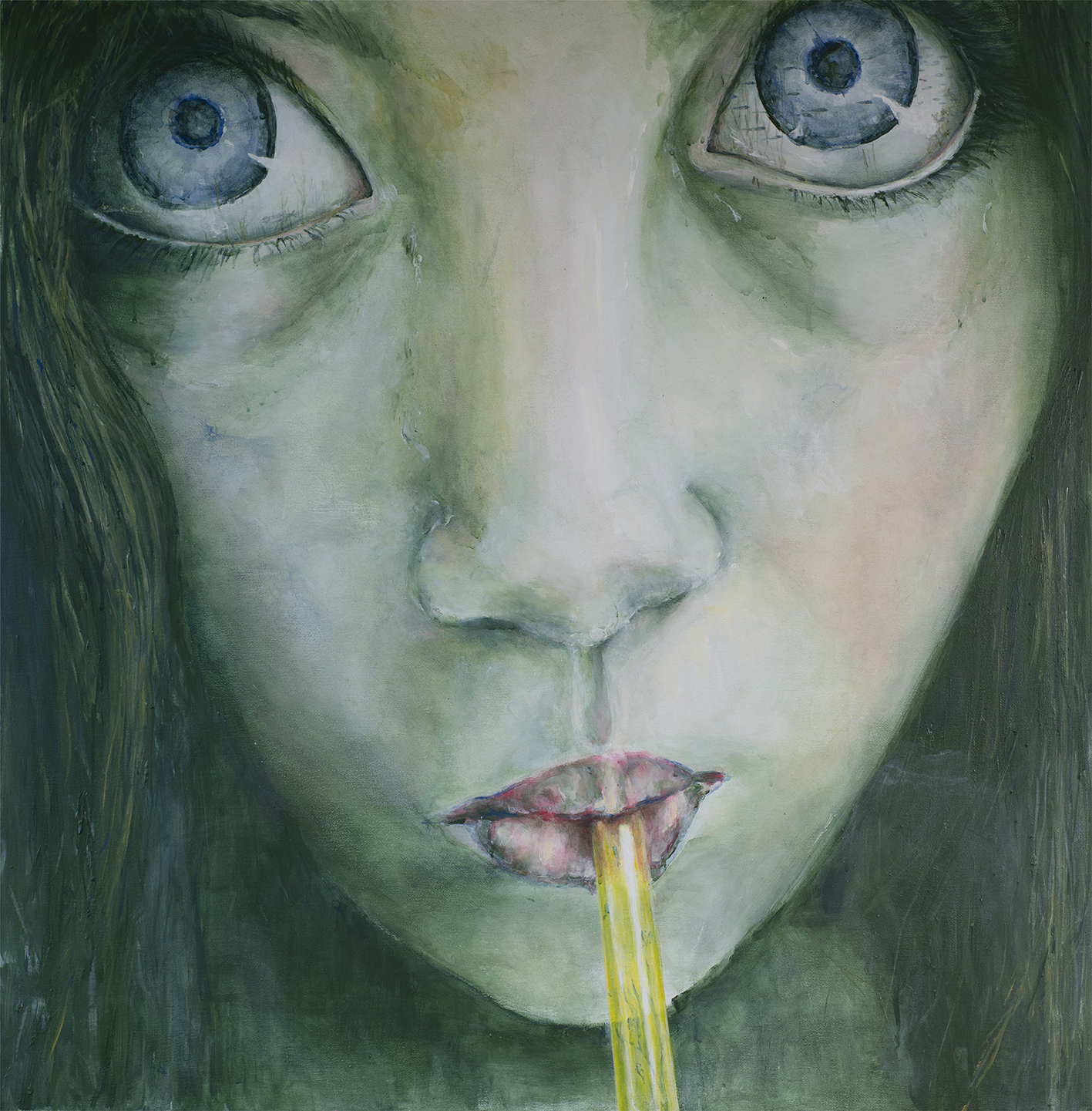 I am the water that feeds the earth. I am the fishes that eat from my weed. My eyes are soulwisdom containers. This is my heart. The image of my daughter. The water that she drank from me is floating in her eyes. It carries the future and the past in this moment.

Acylic on canvas painting that will only be available in high quality print. Coming soon.

Mural – The Passage contains everything. Earth, air, fire. And water, the start of life. SHE contains life and death. 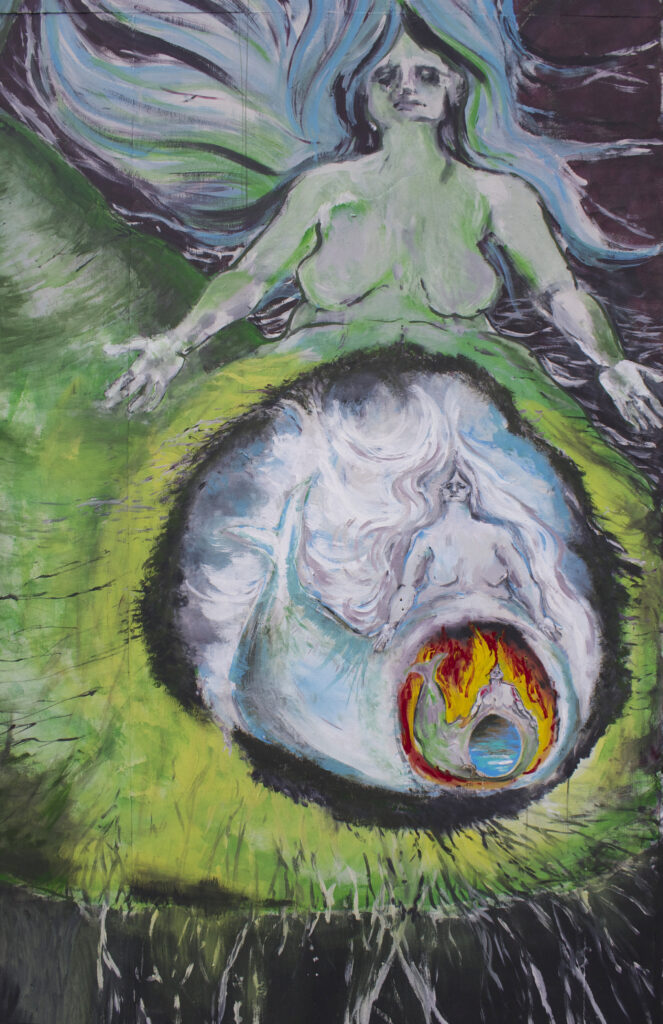 We form connections with each other and with the planet, just by enjoying the magical qualities of water. Water transports life and vitality! The sea that once was her home is about to swallow the Little Mermaid, who is turning into foam. This is the consequence of the Prince loving someone else more then her. She could have saved herself by stabbing a dagger in his heart on the night of his marriage. But she loved him more than her own life and threw herself into the sea. Knowing that she would ultimately dissolve into it…
“She would rather turn to foam than kill him” is after “Ophelia” by John Everett Millais.

The Little Mermaid and her choices...

The classic fairytale by Hans Christiaan Andersen is the guiding principle for a series of paintings I am working on. The tragedy of her being a creature without much power to choose the life that she desires gives her little self-love. Using works from art history, I hilight emancipatory issues that are in the story. 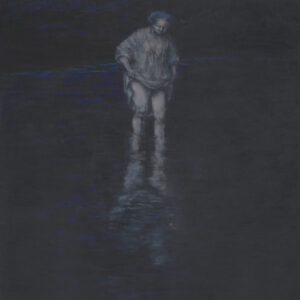 The Little Mermaid and her choices...

The classic fairytale by Hans Christiaan Andersen is the guiding principle for a series of paintings I am working on. The tragedy of her being a creature without much power to choose the life that she desires gives her little self-love. Using works from art history, I hilight emancipatory issues that are in the story.

The painting shows the Little Mermaid after her visit to the Sea Witch. She is left in a lonely environment. The light emphasizes her new legs, where there used to be a fish tail. The road to a possible life with the Prince. For this she paid with her voice, an essential part of the being of a mermaid. She will never again be able to tell her Prince and the world who she is …
“She traded her voice for a pair of legs” is after Rembrandt’s “The Bather”.

She would rather turn to foam than kill him   2020 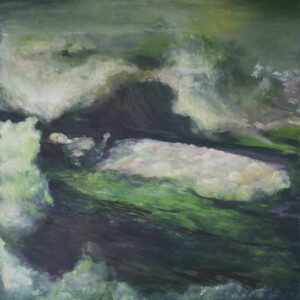 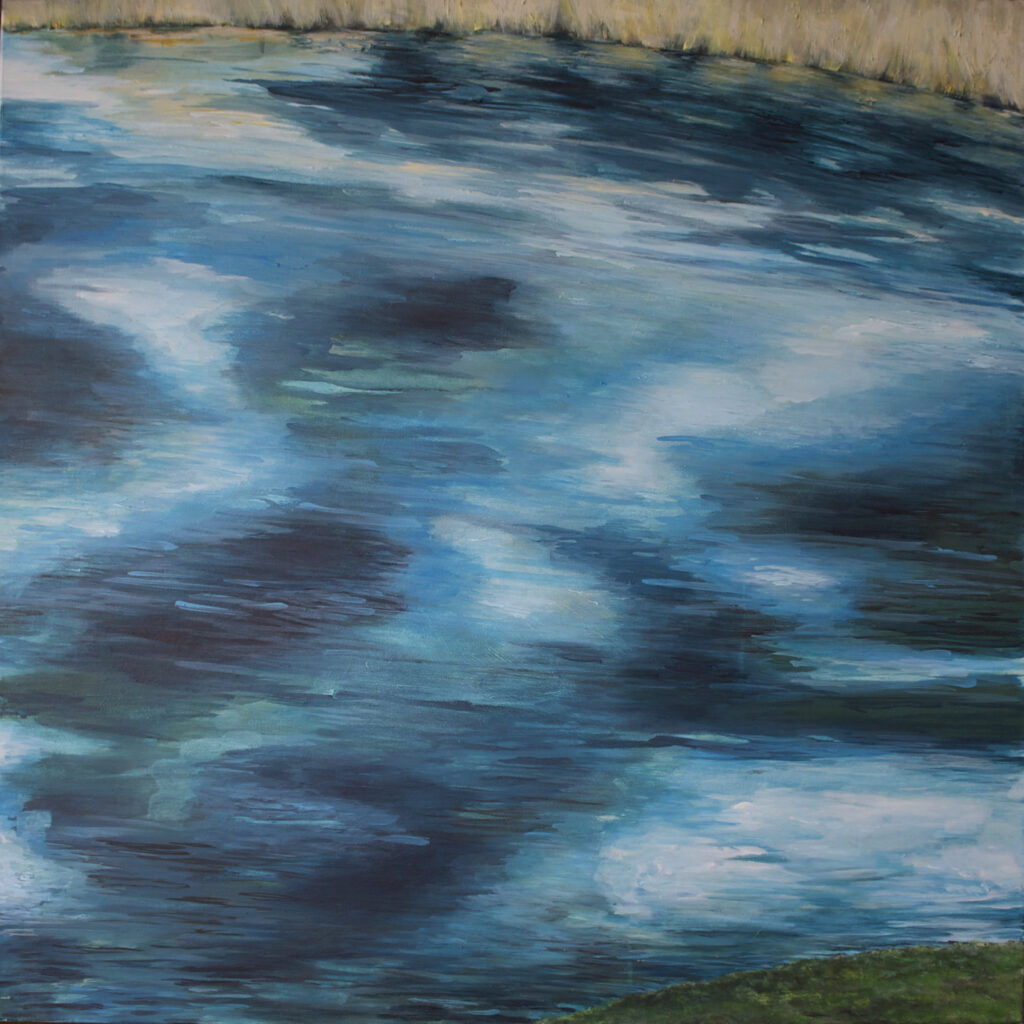 Letting the water flow. At first en plein air. It had been while, painting with cold fingers, sunshine and wind on my face!  The finishing part was done in my studio, to layer the rippling water, creating movement. At river the Rotte.

Charge your life with magic - practical and easy.

The Wonderslices are a series of objects made from lemonslices and mixed media, framed between glass with stainless steel fittings, in a wooden foot.
These Wonderslices are created to work on specific areas. For example, if a person is taking on a new adventure in life in the coming year, the Success Slice could enchant that path, sprinkle it with opportunities and self-confidence. The Transition Slice would be a very thoughtful present to support somebody letting go of a habit she or he wants to get rid of…

There are seven Slices: Welfare, Fertility, Strength, Communication, Success, Love and Transition.
Every slice is ritualy prepared and dried using ancient as well as experimental techniques to enhance particular energies. 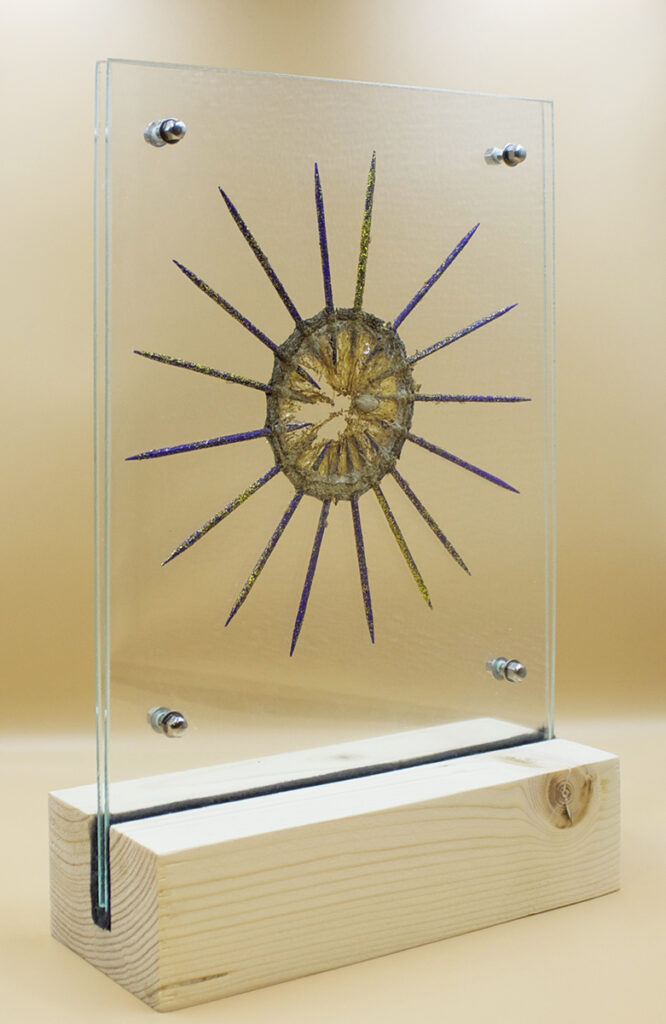 How to make it work: Stand in front of the Slice whenever you want it to charge you. Make sure direct celestial light is shining through the glass upon you (sunlight, moonlight, stars/planets/comets). For as long and as often as you want to. You can also put the Slice in front of a window. The light will continuously flow through the lemon and soak your home in its magic.

Note: Direct sunlight will always transform anything. It will at some point change the colour and appearance of the Wonderslice.

A truly magical gift.
Let me know which one is for you. 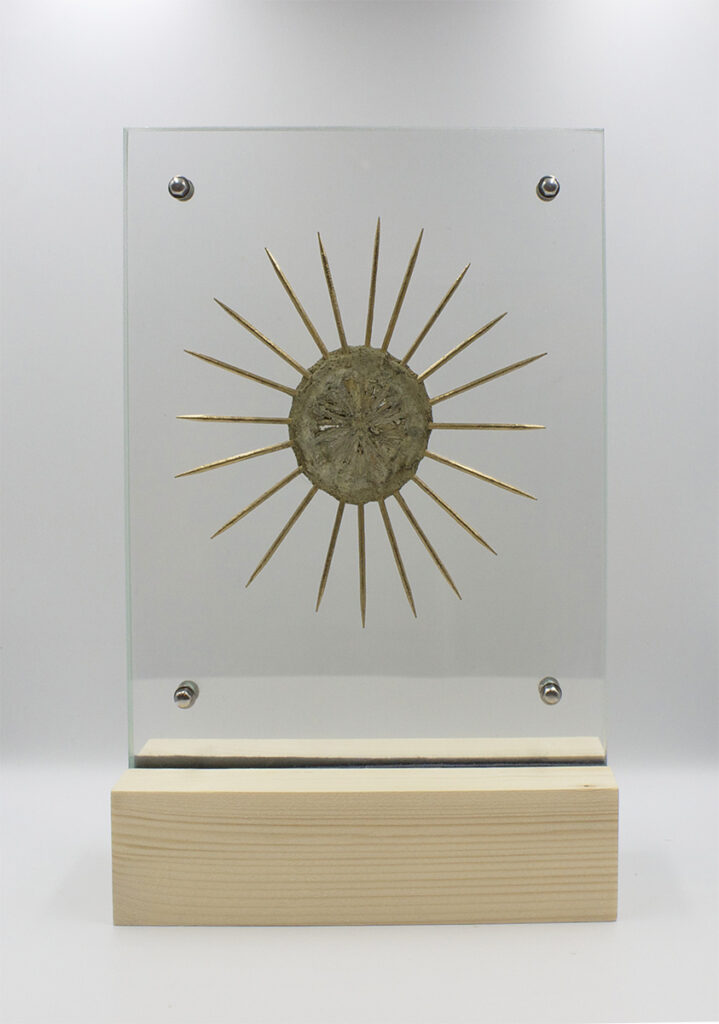 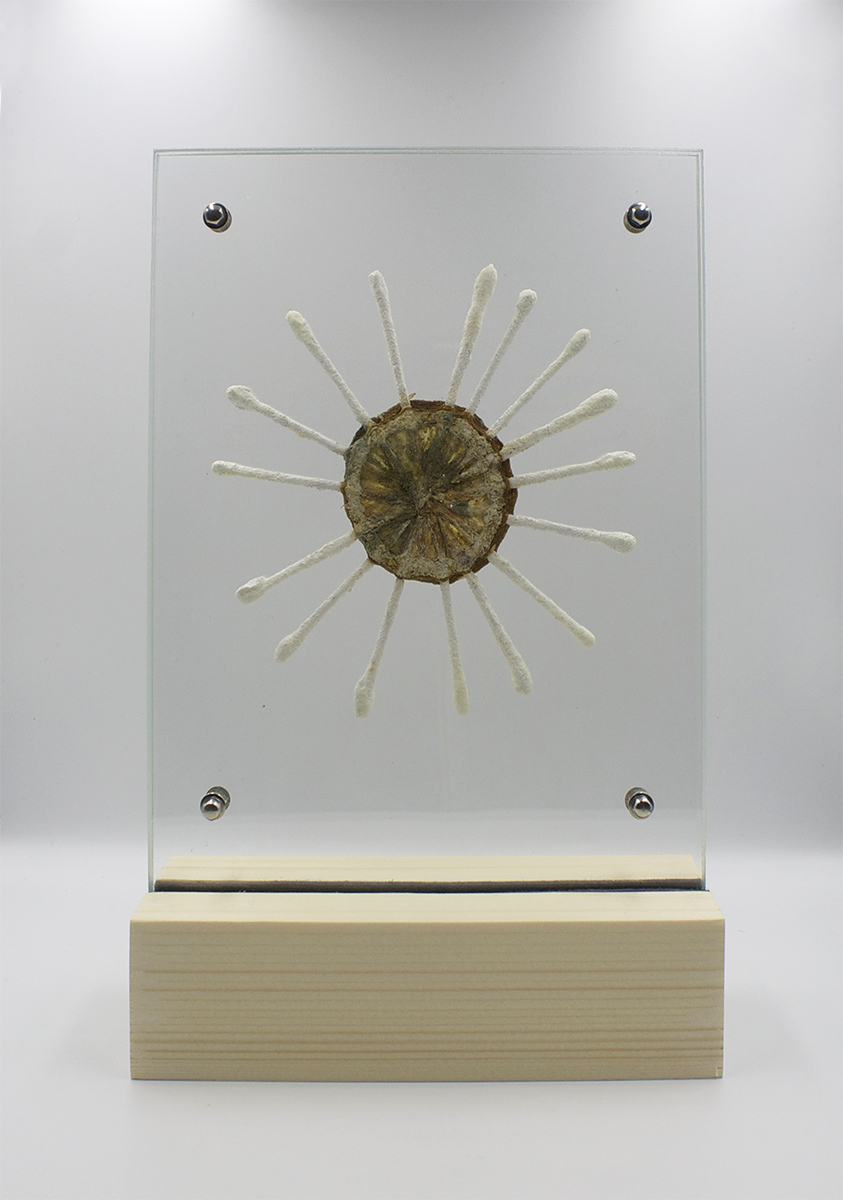 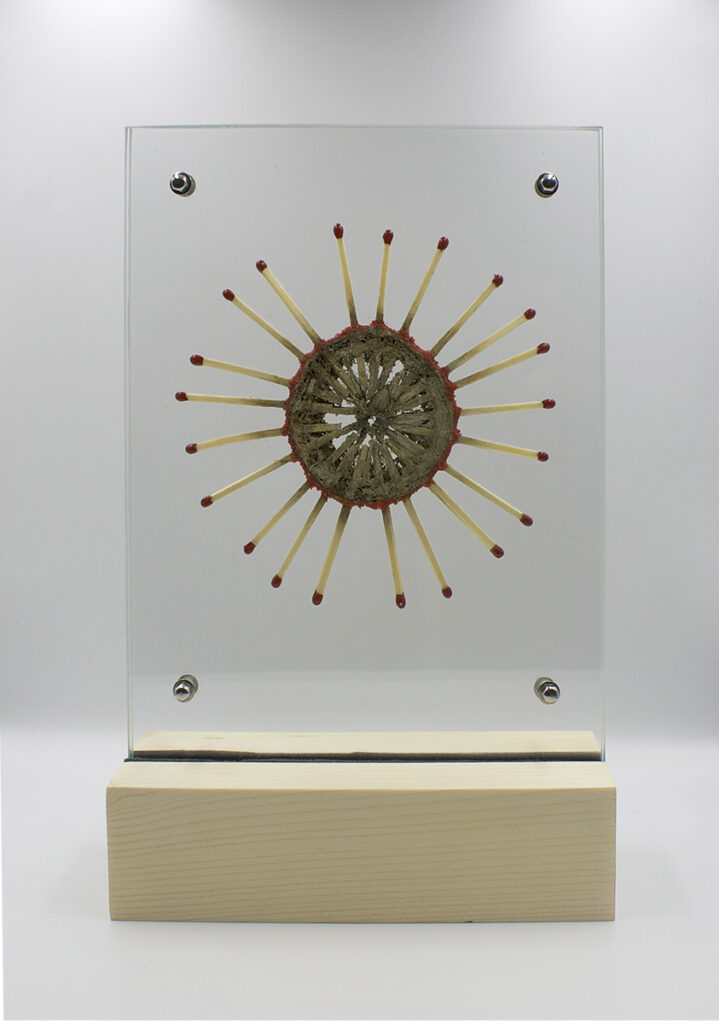 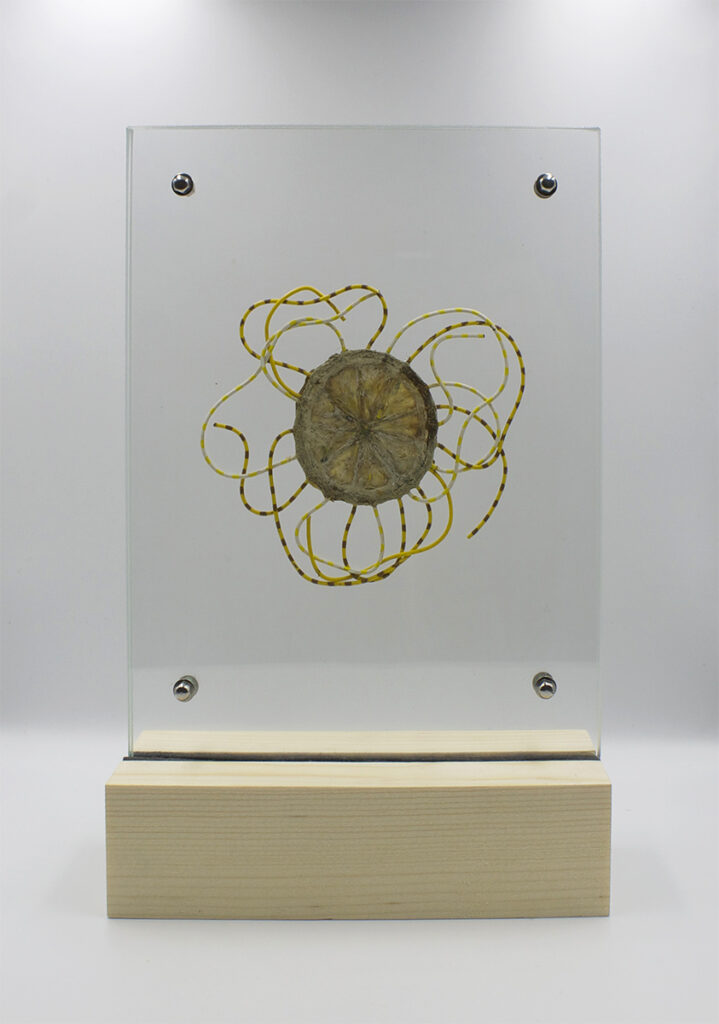 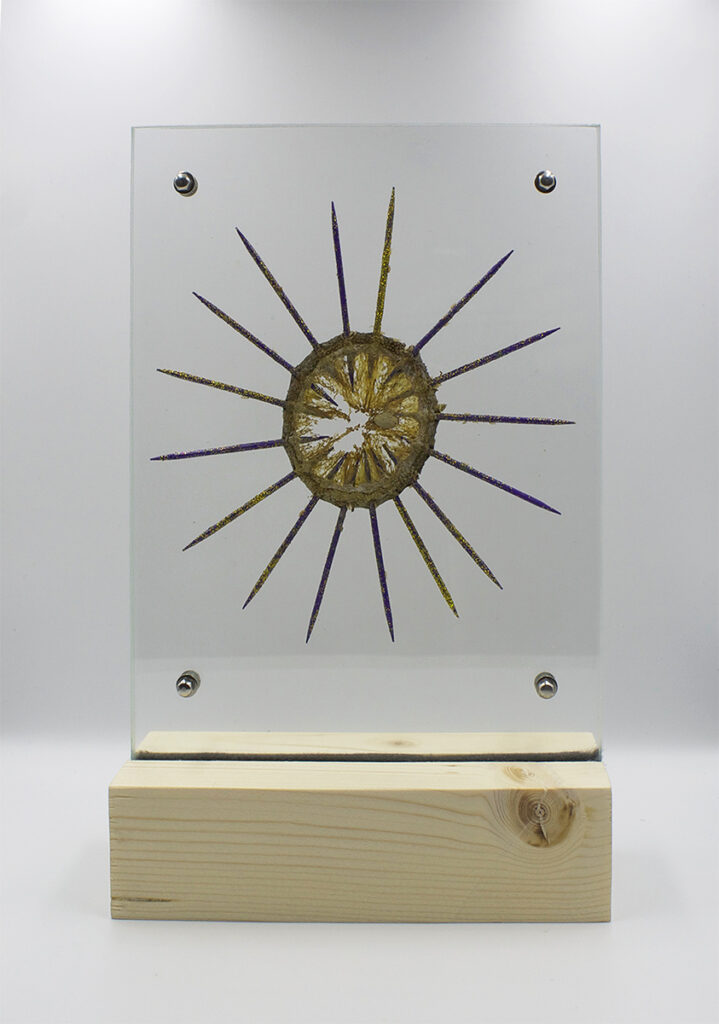 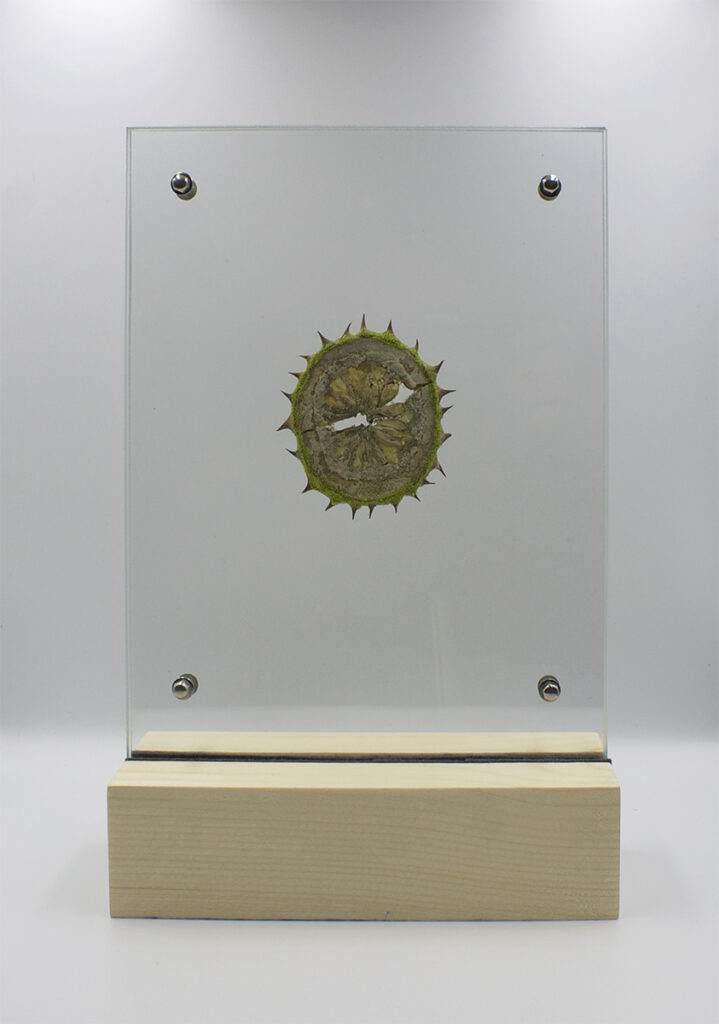 In this video you can see me preparing the lemons used for making the Wonderslices. Here is the world as we want to see it, pleasant and beautiful. Everything is good, the air is clear, the water is fresh and there is yellow-golden sunlight. But, below the surface is that which we would rather not see. The being in the water is asphyxiated.

Swimming and hunting, like sharks with a human body, we come across our own poison.

Acrylics are used as matt as possible, without medium, with gesso, zinc- and titaniumwhite. The yellow is partly oilpaint. This makes the sunlight the most intense colour in the painting. 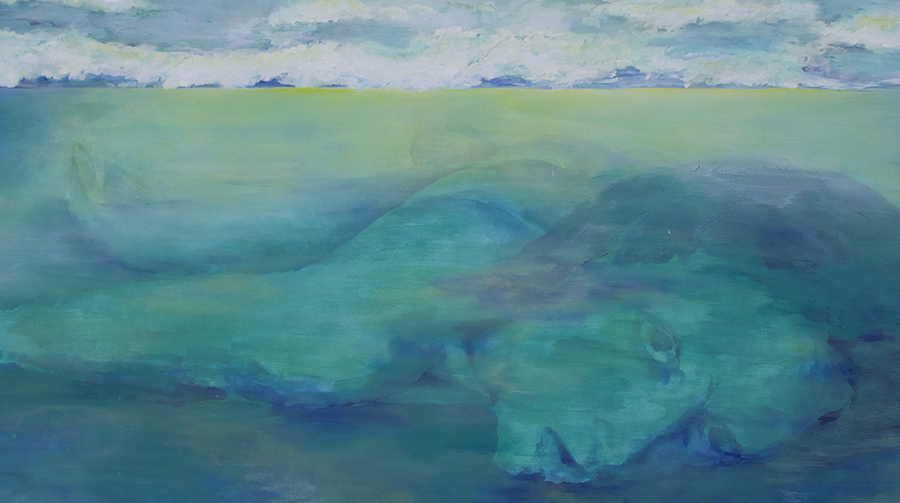 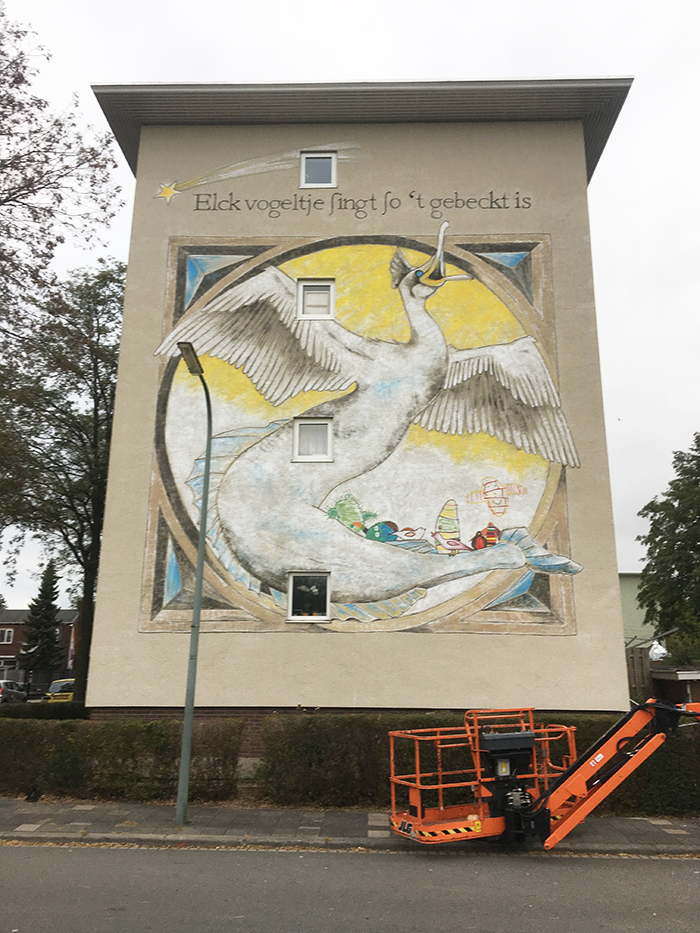 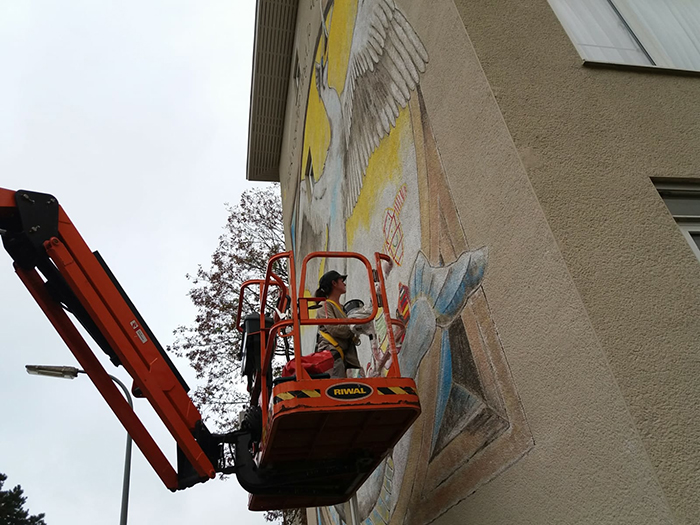 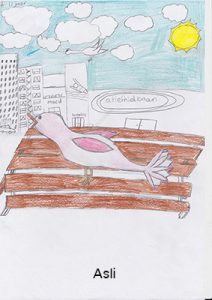 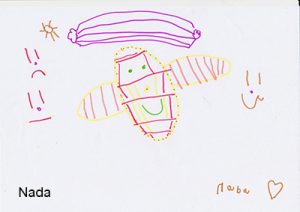 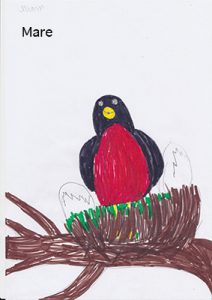 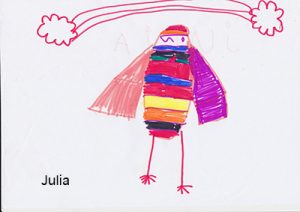 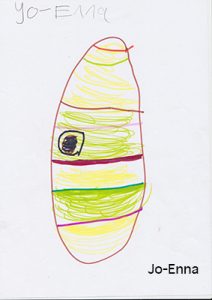 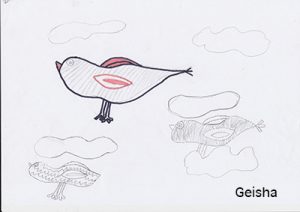 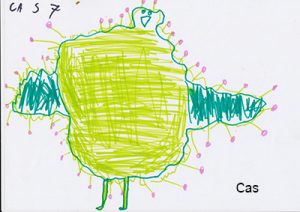 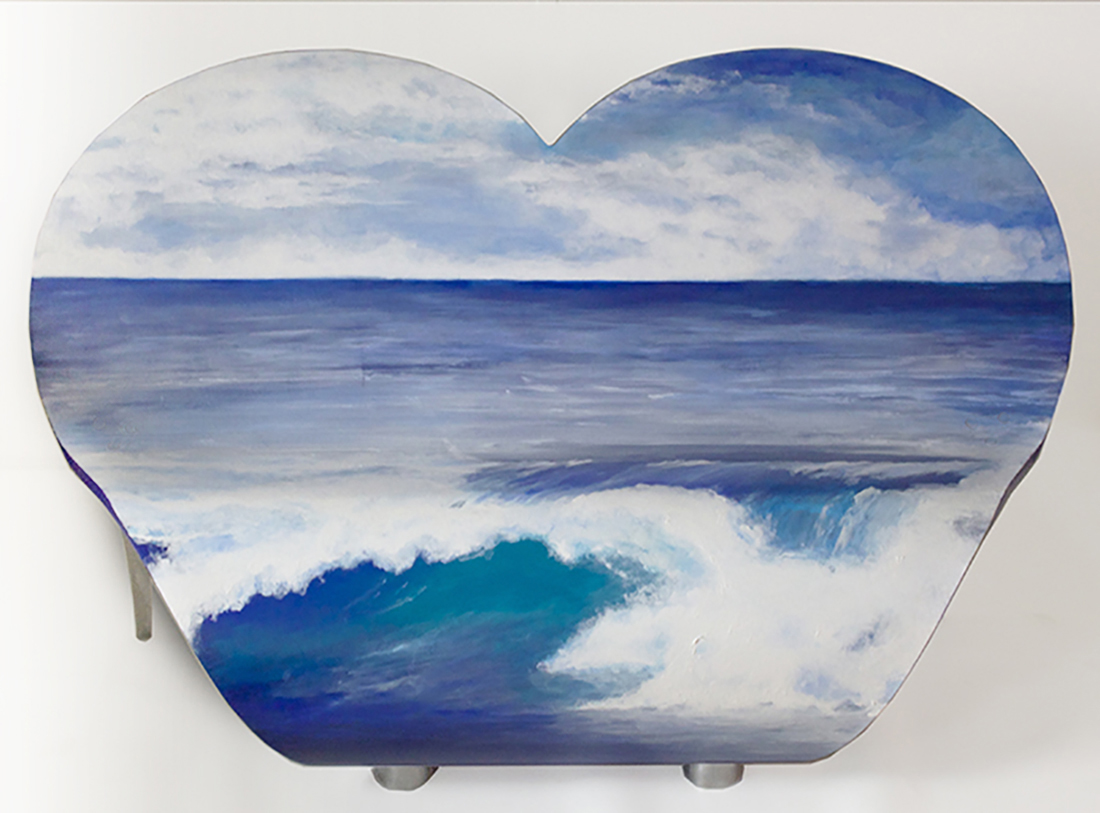 The universe is made of stardust. It fills our oceans with billions of water droplets. This water is life. It connects us with the beginning of time.

Stardust is the matter that we are. The heart is the immaterial wisdom that we are one.

This work is one of the artworks in THE HEARTPARADE for the Energy4All foundation, an exhibition to help children with mitochondrial disease.

The HeArtparade hasbeen on display at art and design fairs in 2018 and 2019,  and resulted in an auction evening in the fall of 2019. 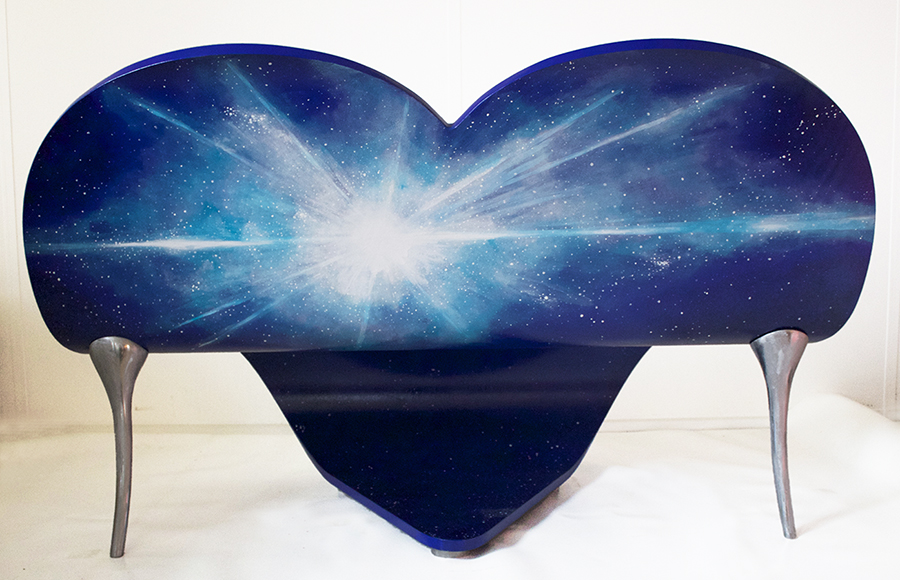